They want to destroy my Career with Juju During AFCON Qualifier 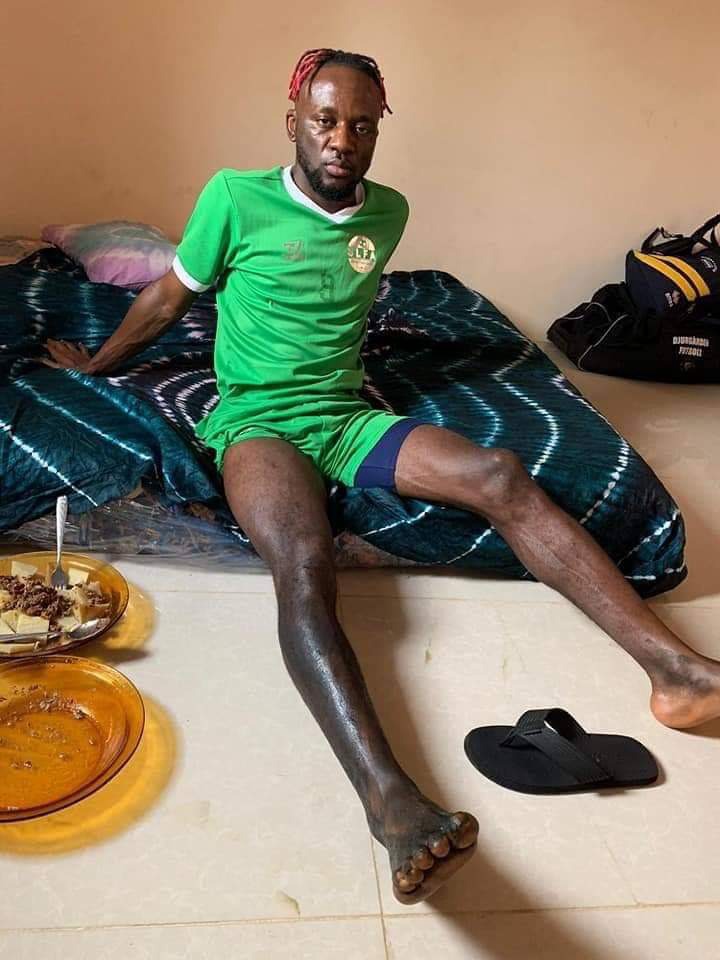 Leone Stars of Sierra Leone were engaged during the just concluded FIFA international window with Group L Africa Cup of Nations qualifiers for the tournament scheduled for 2021The West Africans played a unique 1-1 draw with Lesotho before losing narrowly 1-0 to Benin Republic in Cotonou as the race for the 2021 Africa Cup of Nations enters top gear.

A story emanating from Freetown had it that Djurgårdens IF Fotbollsförening of Sweden striker Mohamed Buya Turay has blamed juju for his mysterious injury.

The 24-year-old was on parade when the Crocodiles of Lesotho battled to a 1-1 draw at the Freetown National Stadium last week but the Swedish league top scorer was surprisingly missing in their next encounter with the neighboring Squirrels of Benin Republic on Sunday.

Sierra Leone striker Mohamed Buya Turay told BBC the injury that forced him to sit out of the AFCON qualifier against Benin last Sunday was caused by "JUJU". Buya recently won the Swedish league and also the golden boot.

“I had no toe injury when I played against Lesotho because no one stepped on me or kicked me."

" But I started feeling pain on my toe when I returned to the hotel where the team were camped the following day. The pain worsened when we arrived at the training ground, it extended to the whole foot and leg, and I then decided to call some of my family members who took me to a woman native doctor."

“The native doctor told me the cause of the toe injury was because I stepped on a spiritual object in Leone Stars camp, put there for me by a person who wanted me to get elephantiasis thereby destroying my career. She further told me that if I had gone to the hospital for treatment or had used conventional medicine to try and heal the toe that would have ended my career.”

Super Eagles Of Nigeria who are comfortably sitting at the Zenith of Group L table after their 2-1 win over Benin Republic in Uyo and 4-2 win over Lesotho in Maseru will face Sierra Leone in a double header in 2020 as total victories will book a place for the Gernot Rohr led Nigerians in Cameroon 2021.