See What Lukaku Did Today That's Got Everybody Calling Him Serie A G.O.A.T

Romelu Lukaku was in an imperious form for Inter's match against Genoa today, scoring 2 and assisting another goal.

This though is not the reason everyone is talking about him, Lukaku handed is penalty duties to 17-year old debutant; Sebastiano Esposito to score on is debut while he's on a hat trick and this has got everybody talking about him.

Here are a few tweets about his incredible feats today; 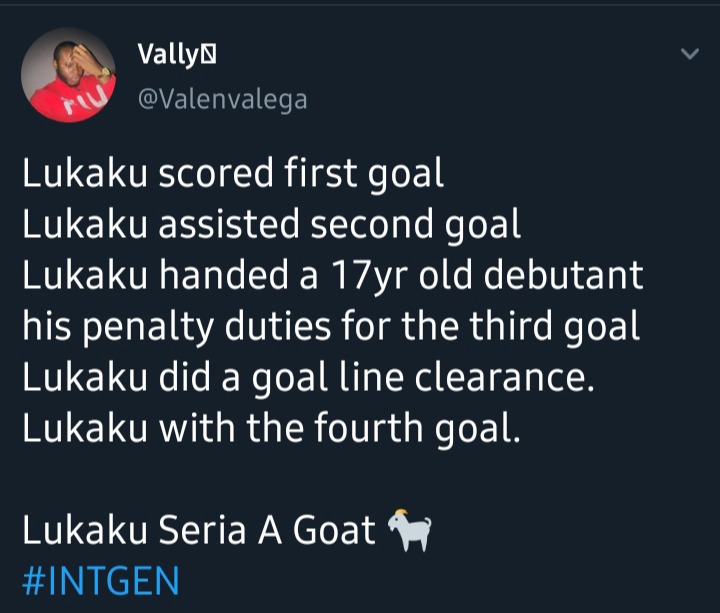 Lukaku made it 200 club goals in his club career today with his second goal of the day.

Do you think Lukaku is out shining Ronaldo already this season? Let me know your opinions.