Why Nigerians prefer Jonathan’s administration to the current one

Few months into the second term of President Muhammadu Buhari, some Nigerians are nostalgic for the administration of former president Goodluck Jonathan, saying they prefer the previous administration to the present one.

No doubt, it’s a tough time for Nigerians, reason why this writer asked some Nigerians of their preference between the present administration and the previous one.

A Lagos-based Nigerian identified as Kamaldeen Adeyemi expresses his dissatisfaction over the current situation of things in Nigeria, saying he prefers the administration of former president Jonathan. 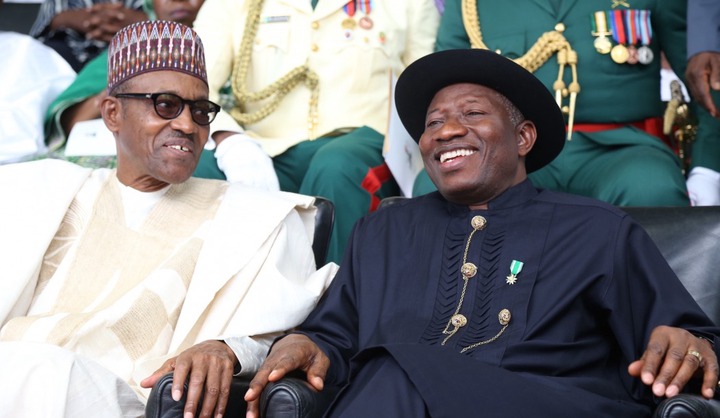 “And he always listened to the cries/criticisms of the masses/opposition. Unlike Buhari’s double taxations, duty stamp, increase in VAT and all other taxes.

“Jonathan’s administration was good for all. There was few millions of Nigerians living in poverty and businesses were booming, unlike now.”

Another Nigerian, Michael Ogungbure, agrees with Adeyemi and also prefers the previous administration to the present one.

He questions whether Nigeria is really practicing democracy when a government does not have the interest of the people at heart.

“On the other hand, Buhari's administration is more of a dictatorship. Whether the people like it or not, he feels he knows what's best for the people and he acts on it.”

A Lagosian, who craves anonymity, says she also prefers Johnathan’s administration, adding that Nigerians didn’t go through the hardship they are currently going through during the previous administration.

However, a social media expert who wants to be identified as Obama says he prefers the administration of President Buhari.

Obama says Nigerians seem smarter and more involved in politics even if it is just to speak out.

He says: “When there was money everywhere, people did not speak because most people were getting money. So, if you are making money you don't care about every other thing.

“Now, people are taking initiatives, finding solutions to problems. Border has been closed for months and people are finding other ways to make things work.

“It is hard, things are really hard and we hope things turn around soon.

“But compared to when we didn't even know what was happening at the borders, we were eating rice even though we were paying through our noses, we didn’t know.

“The thing is, Nigerians didn't care in as much as they could eat. Nigerians just want to spend money, the money they don't have, live the life they can't afford.

“But now, every Nigerian wants to know what the president is doing, how it is affecting the economy etc. All that is left now is for us to hold ourselves accountable especially in terms of corrupt practices.” 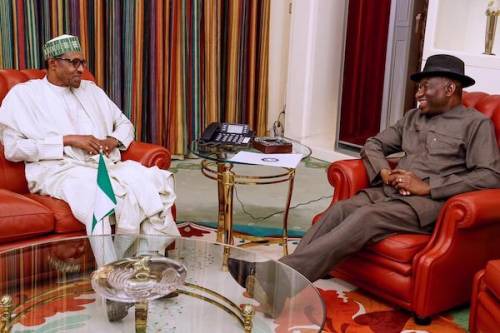 An insurance expert, who craves anonymity, disagrees with Obama, saying he prefers the previous administration to the current one.

He says the previous administration was not so autocratic like the current administration. According to him, everything is forced down the throat of Nigerians.

The insurance expert says: “Checking the norms of democratic government, the decision should be of the people, not forced down the throat of the people. You think a policy is good for the people without following due process required of the system of government you just make the law, become the legislative, executive and judiciary like we are in unitary system already. I prefer Jonathan’s administration.”

According to him, Jonathan was so soft and it was easier to steal and embezzle public funds, including the money meant for the acquisition of military equipment.

“Scarcity of fuel: Nigerians experienced the worst fuel scarcity under the previous administration. Maladministration: OPC was assigned to guard our pipelines, the militants were given free hand to operate without being checked. Political intolerances: Oppositions were given a chase from the corridor of power.”

Sadiq points out the success and the shortcomings of the current administration. He says mismanagement of funds has reduced drastically since President Buhari took over the mantle of leadership.

“Maladministration: Same story till today, a lot of incompetent individuals were given position based on how active they participated during election.

“Economically, the present administration has done well in trying to increase our GDP. Local brands are encouraged. We now eat what we produce and produce what we eat.”

A Nigerian journalist living and studying in Canada says he prefers the current administration, adding that Jonathan was soft when he held sway as Nigeria’s president.

He says: “It would have been the best administration if the president in particular utilised his veto power as he was supposed to.

“This present administration is taking a crucial step to curb illegal export of goods that the country can produce.

A Nigerian writer and a member of the National Youth Service Corps (NYSC) who also craves anonymity says he’s indifferent, adding that both the previous and the present administration are the same.

An Abuja-based accountant who also wants to be anonymous says he’s also indifferent as both parties, he says, are fraudulent. He says both the PDP and the APC have failed Nigerians.

The accountant says: “I want a better Nigeria, that’s why we voted Jonathan out because we felt his government was so corrupt. The government of Jonathan was fair, bus so corrupt.

“But this one we thought would make a change is making things difficult for himself.” A footballer identified as Omotola Afolabi says things were better during the previous administration.

He says: “The only thing I see is just that people are suffering. I think the present government should tackle poverty and education rather than fight corruption at all cost. Corruption has eaten too deep into our roots.

“The present government should give the people hope. That’s what Nigerians want to see – hope that the country will be better.

“The current government has affected every sector of the country negatively. People are complaining. I wouldn’t say I prefer the previous administration though, but it was better.”

A Lagos-based graphic artist who also craves anonymity agrees with Afolabi, saying the economy was stable during the administration of Jonathan.

He says: “There was a lot of business opportunities during the previous administration. There was money but corruption was the order of the day.

A make-up artist who also wants to be anonymous says he prefers the administration of Jonathan, adding that there was money in circulation then.

She says: “I prefer Jonathan’s administration because there was money in circulation then and the economy was also favourable compared to this administration.”