Following the death penalty for hate speech that was recently announced by the Federal Government, Ex President Olusegun Obasanjo has come out to say that Death is the least of his fears and also made it known that he would not stop to raise an alarm when things are not moving right in the country. 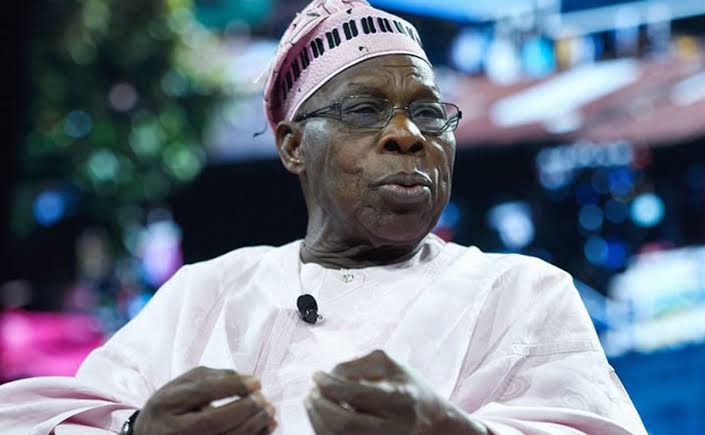 The 82 year old Former president said this at the two- day interactive session of the Presidential Youth Mentorship Retreat held at the Youth Development Centre, Olusegun Obasanjo Presidential Library in Abeokuta, Ogun State.Ex president Obasanjo stated that his major concern is to ensure that leaders who would lead Africa to her promised land are trained.

"I'm not afraid of death at my age, God has favoured me and I appreciate Gods blessings on me over these years.'' He said.

My concern over the years is to build leaders of Africa. My greatest concern is tomorrow and that tomorrow begins today.

The world today is in crisis, I believed that youths need interaction from leaders and learning from them. I want to be inspired at the end of this programme".

"I want you to identify yourself and use your identity to achieve service to God and humanity. I want you all to come out individually and collectively in making Nigeria and Africa at large a great nation". He added.

Ex president Obasanjo acknowledged that God has favoured him to live long after serving as a military head of state and as democratically-elected president of the country.

He also emphasized on the purpose of the Presidential Mentorship Retreat which he said was to facilitate the release of creative energies of young people. He noted that the youths across the African region need interaction with their leaders. However, he advised the youths to sacrifice themselves individually and collectively to impact positively in the Nation to make it great again.