I Am Aware Of Biafra – Donald Trump Warns Nigeria Govt 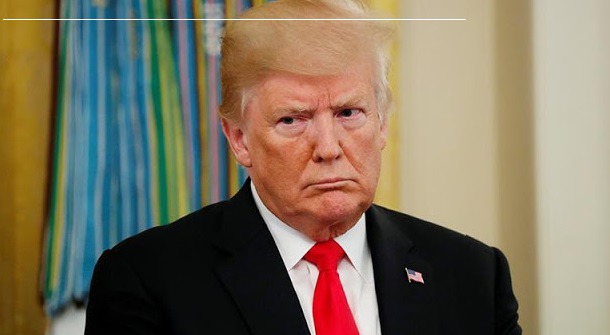 Dr Nwangwu an analyst on CNN and SKYnews, Founder and Publisher of the first African-owned, U.S-based newspaper on the internet, USAfricaonline.com has revealed in his piece how the pro-Biafra well-organized agitation has received the attention of world leaders.Among the world leaders, he mentioned in his piece are US President, Mr Donald Trump, Benjamin Netanyahu, the Israeli Prime Minister, Theresa May, the British Prime Minister and many other world leaders.

According to him, ”Buhari’s government detention and refusal to respect lawful orders of the courts for almost two years regarding the release or granting of bail escalated Kanu’s profile, globally. It sharpened the contrast with implications.”

On the attention the Biafra agitation has received as a result of the well-organized agitation, he said the movement is well-organised and second to none on the African continent as the Kanu-led IPOB and its affiliates distribute information and mobilise supporters across the world which speaks volumes for the attention it has received from world leaders.

He said, ”Fifth, Kanu-led IPOB and its affiliates distribute information and mobilise across more cities in the world more than any other Nigerian or African organisation. USAfrica news index January 2014-April 2017 also show that the Pope Francis, Israel’s Prime Minister Benjamin ‘Bibi’ Netanyahu, U.S President Donald Trump know, the British Prime Minister Theresa May, and many world leaders are, at least, aware of their activism and agenda.’