There is a current pressure for America to attack Iran following a deadly attack on American base in Iraq.

This as resulted to a lot of reactions across the world as pressure is mounted on the president of America to order an Attack whilst waiting for response from its Allies.

In the build up to this reaction, members of the Nigerian twitter community has taken advantage of the situation to share different memes

Someone told @realdonaltrump to that Nigeria is giving America 48 hours to apologise to Iran which got a response from the American president.

Bellow are a few memes: 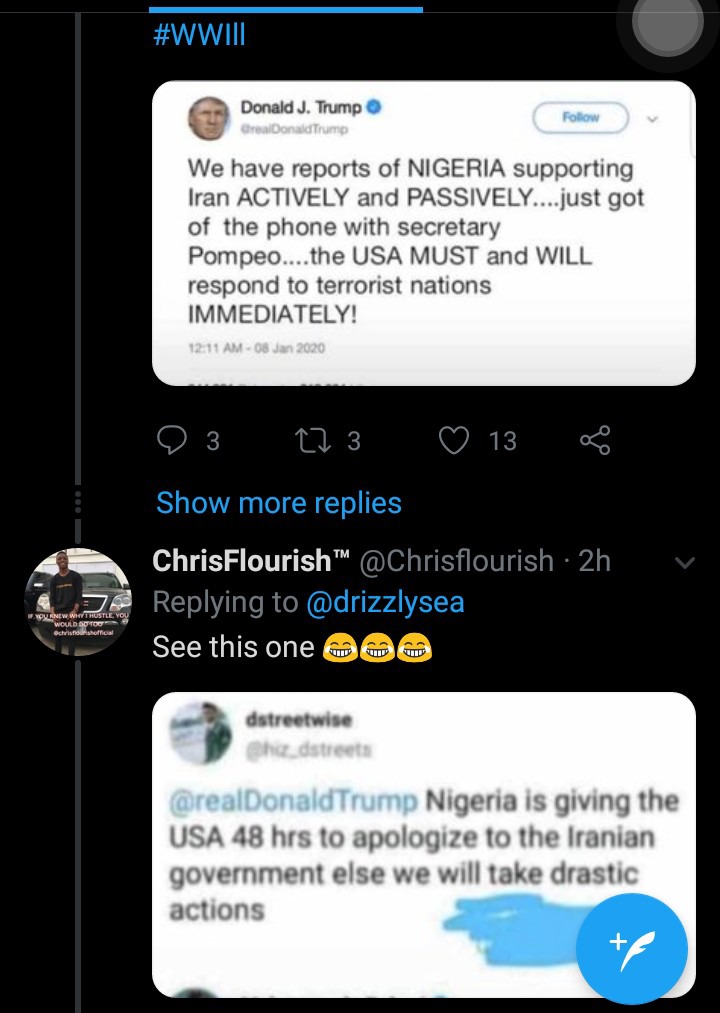