Father Of 9 Abandoned His Family Because Of This

I’m going to first of tell the story of what is happening in my friend’s life right now; please permit me not to disclose the identity of his family, so I’ll go ahead and use names that are not truly theirs to be able to tell the story properly. 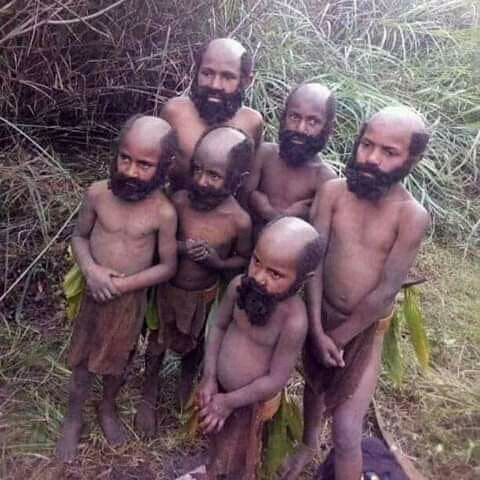 Francis who is 27 year old is the first son/child in a family of 9, excluding the parents, Francis's Father is a banker, and his mom sells food items. Francis had his dreams of going to school crushed to piece after he failed his first post-utme, he got depressed and when he enrolled for the next year's jamb, his father lost his job in the bank with little or no savings. Regardless, Francis got so determined to go to school so he started working in a hotel as a room attendant, not too long into the job (4 months), he got sacked because he was disrespectful to customers (due to being exposed to his parents always fighting each other, which then created some sort of violence in him) and he also smokes during working hours.

After being sacked, Francis who is frustrated of everything is left with no option than to seat at home with his father and also his other 8 siblings (7 who dropped out of school because there was no longer money to pay their fees, while Francis’ immediate younger brother managed to finish SS3) these children are the strongest kids in the neighborhood, very vibrant and good looking, having just 1 square meal daily (brunch) and now they've been deprived of basic education.

Francis's immediate younger brother Stephan, who is a secondary school graduate, decided to go in search of a job since his elder brother, Francis, isn't making any quick move. Stephan got a security job for an eatery, where they paid him 25,000 Naira, at the end of the month Stephan gives 20, 000 Naira home to his mom to fund her food item kiosk and also keep some for house feeding, while he takes 5000 Naira to himself to feed and transport himself to work daily.

One day, Stephan's Father was seen with another woman who is not his wife, and the eyewitness brought the news to Stephan’s mother, this got her so upset that she had to confront her husband immediately he got to the house asking why he's deciding to punish her in such a way, leaving her to feed 9 children without any financial help from him, with just a small kiosk that barely makes 2000 Naira daily, and the only support he could give her is to womanize. This caused a huge problem which involved the children throwing all sort of words at their father, Now, Steven’s father had to leave the house to live with the lady he was caught with, though he left the house after a thorough fight with his wife, Steven’s mother, and also with Francis who threw a few punch at his father because he didn't like the fact that his father tried to hit his mother, who struggles daily to feed the family.

It's been 10 months now, Stephan got promoted in his work place, he's no longer the security guard but the private driver to the owner of the eatery, He's now able to afford a 2 bedroom and 1 sitting room -flat for his family, meanwhile they were initially living in a mini flat (1 room and 1 sitting room). And Steven’s father has not returned to the house ever since, I saw him on the island, he looked so emaciated.

Now, why am I talking about this story, most men allow themselves to be used by the devil. After reading the Inbox message below, I came to a conclusion that Stephan’s father might have been hexed, making him forget his lovely family.

These days its very difficult finding real or genuine love and the fact is most girls want to hang around you because there’s something they stand to gain. When I asked Stephan’s mom, why her husband’s side-chic went for her husband, she replied in pidgin “Na because of ein preek na” this sounded kind of funny at first, then after a second thought, I realized that women would go to any length to keep a man that can satisfy their urge, and adding a few voodoo spell won’t be far-fetched. 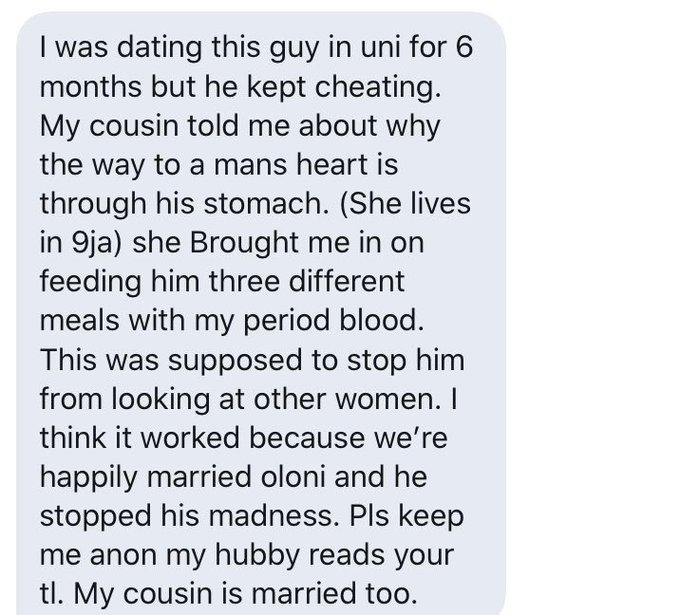 Even Bobrisky sometimes introduce her followers to a voodoo priest who would hex their partner who is cheap skate.

And this also applies to ladies, I've seen a man do diabolic things to get a girl he is crushing on.