3 types of food that can kill dogs within 3 hours 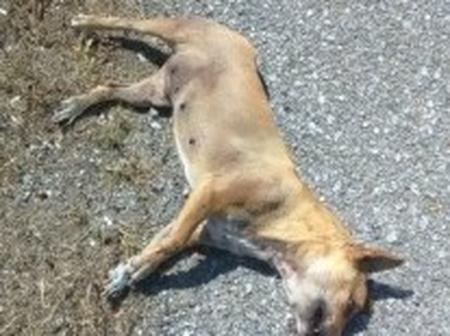 Avocados= avocado contain a toxin called persin. Persin is perfectly safe for human consumption but can be very poisonous to dogs

It is found in avocado fruit, pits, leaves and bark, so you should avoid giving any part of the plant to your dog.

If a dog eats these, fluid may accumulate in the dog's lungs and chest.

This can make it difficult for them to breathe, which can lead to oxygen deprivation and even death

Fluid can also accumulate in the heart, pancreas and abdomen, which can lead to other fatal complications

pits can also be accidentally swallowed, which can cause choking or a blockage in the digestive tract

Alcohol and dough= It is found in a variety of products including alcoholic beverages, perfumes, mouthwash, paint, varnish and various cleaning products.

While occasional alcohol consumption is safe for humans, dogs cannot tolerate it, even in small amounts.

It's also a concern if a dog eats raw dough that contains yeast. As the yeast cells ferment, they actually produce alcohol, which causes a dog's blood alcohol level to rise and can ultimately cause alcohol poisoning and death.

What's more, the dough will expand in a dog's stomach and can cause severe bloating. This puts pressure on the surrounding organs and can make it very difficult for the dog to breathe.

It is important to never feed raw yeast dough or alcohol to your dog. Alcoholic beverages should not be left unattended and raw dough should be kept well out of reach for good.