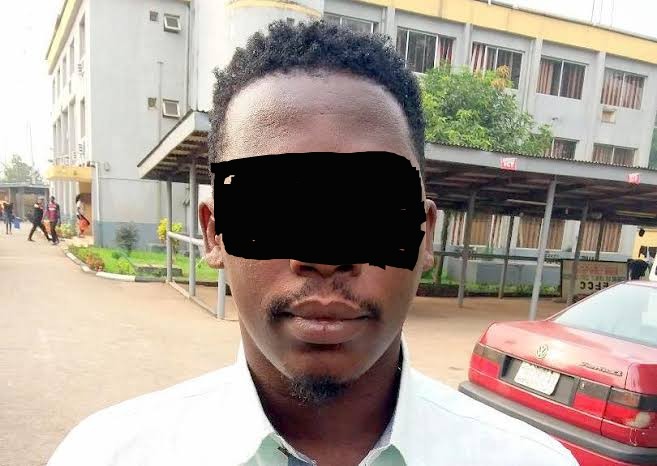 Like they said: "No work is easy". A confession of a Yahoo boy has left many speechless.

"I started the Yahoo Yahoo work like every other person. I first started with posting fake adverts on social media, then I moved on to dating. It was while on dating that I met some other guys who are doing dating and are making lots of money.

So I became inquisitive on what they are doing to be get those big big items for free.

Although, I have heard of Yahoo plus and it's clear from what they told me that it was plus they are using with the dating. Only that they didn't tell me what was it they did.

Sometimes March one of my friend took me to ikorodu, where we met one herbalist. He did some ritual and then asked me if I have someone I love the most.

I lied that it's my girlfriend and that we had a little misunderstanding. Before we left ikorodu that day the herbalist make it clear that I settle my differences with my girlfriend for she is the source of my upgrading my game.

For a while I was doing what I know how to do and was managing what comes from it when the thought of approaching another herbalist occurred to me.

This time another friend of mine took me to Ogun state. To my surprise it was the same thing the second herbalist also revealed to me.

It was this time I realised that it was no go area for me. As the only person I love so much is my mother and I am not ready to take any further step that will end her life.

I know the country is hard but I am not ready to loose my dear mother just because of money.