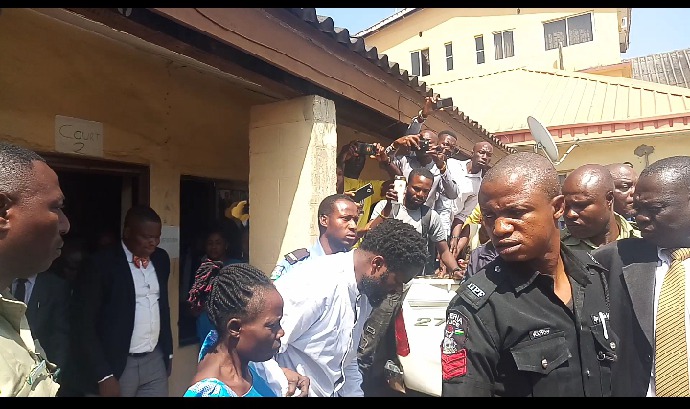 The General overseer of Sotitobire miracle center Akure, Prophet Alfa Babatunde has been remanded at the olokuta correctional centre over counts of conspiracy to kidnap and aiding kidnapping

The Department of Security Service on Monday arraigned Babatunde before an Akure magistrate’s court  on two counts of felony and kidnap.

The arraignment was in connection with the disappearance of a one year old boy inside Sotitobire church in November.

The mother of the child had dropped him at the creche section of the church but the boy went missing before the end of the programme.

Following rumors that the missing child was buried at the church’s altar, aggrieved youth set the church on fire.

Femi Joseph, spokesman of the Ondo police command, later said fake news led to the burning of the church.

The DSS had earlier arrested Babtunde following a petition on the missing child.