The leader of the Indigenous People of Biafra. IPOB, Mazi Nnamdi Kanu, has revealed why Boko Haram overran former President Goodluck Jonathan administration was because he was deceive to remove the former Chief of Army Staff, Lt Gen Azubike Ihejirika. 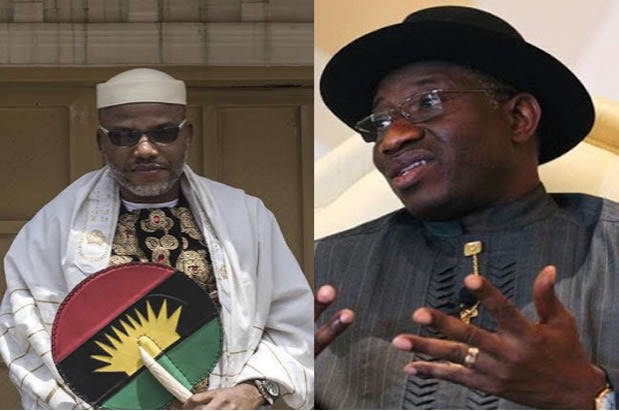 Nnamdi Kanu disclosed this during the Radio Broadcast that lasted for hours, He said that the greatest mistake made by former President Goodluck Jonathan in his administration was the removal of an Igbo man former Chief of Army Staff, Lt Gen Azubike Ihejirika.

According to Kanu, "when the North saw that Ihejirika was mercilessly dealing with the Boko Haram insurgents, their creation, they put pressure on Jonathan to remove him and Jonathan succumbed to their pressure and today, the terrorist have taken the fight against Jonathan to his village in Otueke, Bayelsa State."

“This is just the beginning, many more attacks will cone for him irrespective of Buhari’s assurance to him that there is no cause for alarm, that attack was their advanced party, the terrorist are in Army and Police uniforms, they are doing this in order to retain power and remain relevant”